The mayor also said at he annual address held April 27 at the Evanston Golf Club that library leaders are considering “exciting ideas” for a library renovation.

When the library opened in 1960, Van Dusen said, the architecture was so unique that it won an award by the American Institute of Architects.

“Other (builders) across the country were still building the old classical style,” he said. “Skokie’s library was more modern in the interior as well as the exterior.”

Van Dusen also talked about the environmentally-advanced architecture of the Optima residential complex as well as the adjacent award-winning building that houses the Illinois Holocaust Museum and Education Center.

“I’m happy to tell you we’re about to have another world-renowned architect building in Skokie,” the mayor said.

He was referring to architect Lucien Lagrange’s project for 8000 North, the 12-story residential and retail-mix building planned for the long vacant northwest corner of Oakton Street and Lincoln Avenue in downtown Skokie.

“This is going to be a project that is the one we’ve been waiting for for quite awhile,” he said. “The (village) board has been very patient. We’ve been looking for a signature and Lagrange Architecture will give us exactly that.”

Major Skokie stakeholders attended event, including those from school districts and the Park District, village leaders, township officials, the business community and more.

During his address, Van Dusen said that Chicago Jewish Funeral Homes in Skokie will soon announce that it will become the first major business in the state to generate its own power through solar energy.

He said that all vacancies at the Illinois Science + Technology Park are now filled and there are plans to finally renovate “ the J Building” that has sat unused there for years.

The science park is home to local, national and international companies.

“We talk about our diversity,” he said. “We are a hundred different parts of the world represented in our city. And we’re unified. Our businesses are also becoming worldwide.”

Both the park and Westfield Old Orchard have new owners in recent years, which Van Dusen said can only be positive for both.

Other projects mentioned in his talk included Floral Avenue housing in downtown, which will soon be all built, a 230,000 square foot distribution center being built on Howard Street, a new a gaming facility for adults set to open on Skokie Boulevard this year and the recently opened state-of-the-art movie theater at Old Orchard with a second theater in the center scheduled to open this spring.

Also, a company called Rack Attack, which factory installs racks on vehicles, is scheduled to come to the 3700 block of Dempster Street, its first store in the Midwest, Van Dusen said.

The mayor acknowledged that the village still faces challenges, but he said it’s in good shape to weather them. Sales taxes have remained relatively flat in recent years, he admitted, and funding from the state has been reduced.

Van Dusen named nine projects that have come to fruition in Skokie because of multiple agencies working together. 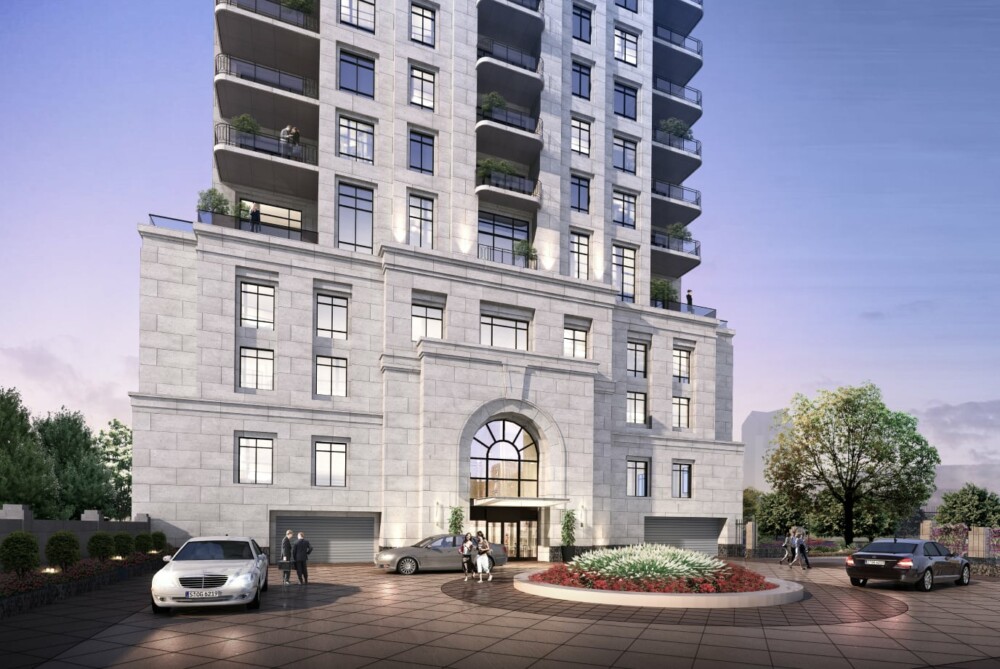