An eight-story, 153-unit luxury apartment and retail building has been planned for the longtime vacant southwest corner of Oakton Street and Lincoln Avenue, the heart of downtown Skokie, under a proposal recently introduced by Skokie leaders.

Once home to the Desiree restaurant and its iconic neon sign, the property was purchased by the village in 2013 and the abandoned restaurant building torn down shortly after, said Skokie Village Manager John Lockerby.

Even as village leaders made efforts to revitalize the downtown area, finally succeeding in opening a new Chicago Transit Authority Yellow Line station and improving the downtown infrastructure, the conspicuous corner at Oakton and Lincoln has remained empty.

Village leaders have said they were close to having a project for the site several years ago when the recession struck and brought everything to a halt.

“This spring we actually had a formal process where there were seven serious developments that were proposed for this site,” Lockerby said

He said the top choices were publicly presented.

The village unveiled the plans Sept. 12 — first with a series of 90-minute or so sessions to various groups at Village Hall and then with a public open house two days later.

“There was so much interest in this project, we wanted to make sure everyone had the opportunity to learn about it,” Lockerby said.

The plan still has to go before different village bodies, including the Appearance Commission and the Plan Commission, before the Village Board takes a final vote on it. The village received the plans shortly before Labor Day, Lockerby said, but village planners have been working with the development team for longer.

Norm Hassinger, a real estate consultant and owner of Hoffman Homes Inc., said Lucien Lagrange Studio will serve as architect for the project.

Under the project plans, the luxury apartments will bring 300 to 350 new residents to the building, and the retail area will likely include a combination of restaurants, boutiques and other retailers. The parking plan includes 262 parking stalls with 58 spaces for the public.

“I’ve been doing this a long time and this is probably the most significant, important development we’ve had because we see Skokie as being at the right place at the right time,” Hassinger said.

According to Alfredo Marr of Lucien Lagrange, the the apartments will include studios, one and two bedroom units and a few three-bedroom units. The retail area below them would occupy 13,700 square feet, he said.

A top floor would include a coffee bar, a fitness room, some party rooms and other amenities, Marr said.

The planners said they envision the rent for apartments to range between about $1,200 for a studio unit and $4,000 for a three-bedroom unit.

“We talked to a bunch of people who love living (in Skokie), but they don’t want to own a home anymore,” Hassinger said. “We have different plans for different pocketbooks.”

The development will be located in a village tax increment financing district where funds are available to help with the project, said Skokie Economic Development Specialist Leslie Murphy. Murphy said “a very tentative estimate” for the cost is more than $55 million, but the development agreement is still being worked on as are funding details.

“This is a project that is a pure public-private partnership,” she said. “It was absolutely destined to be something like this because it would never happen in a private marketplace.”

The development is expected to occupy not only the former Desiree Restaurant site, but the property directly north of it, the former home to Duffy’s Cocktail Lounge at 8014 Lincoln Ave., Lockerby said. This summer, the village purchased that property, securing a total of about one acre of space over the two properties for development, he said.

The village did not detail the half-dozen other projects seriously considered for the site, but Lockerby said the winning team agreed with the village’s vision for it and came up with “a very compelling proposal.”

The project is expected to go before the Plan Commission next month, officials said. Subsequently, if the Village Board were to sign off on it, construction would take about 14 months, they said, and the first residents could occupy the new 8000 North building by December 2019. 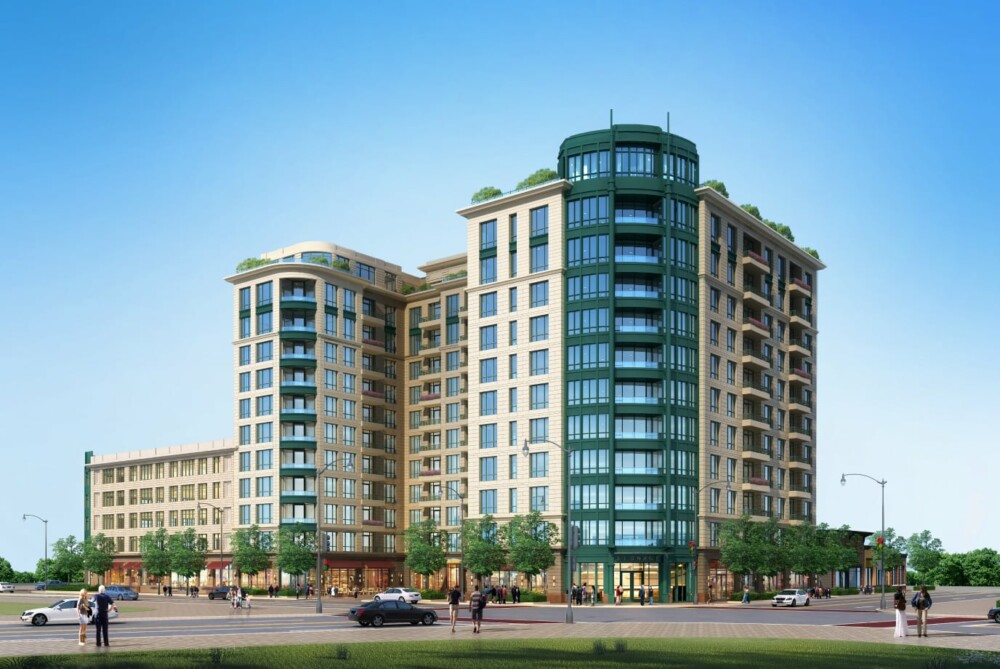