I am not retired!

I have a few more beautiful buildings to do, and for such I have created the Lucien Lagrange Studio and brought together the team that created all of the buildings which today have become the skyline of Chicago, such as Alfredo Marr, My-Nga Lam, Victor Krasnopolsky, and a group of young and very talented architects.

I am known for my classical architecture, but in reality I design places for people to live where they feel comfortable, secure, at home.

Chicago is my love affair, who has embraced my creations with open arms. Chicago is where I want to live.

New projects of an incredible quality are in the works with outstanding clients.

We are reaching a new level of quality of design!

This is an exciting time.

Lucien Lagrange, 76, an architect for more than four decades, has designed 27 major buildings in Chicago, including 65 E. Goethe St. and the Waldorf Astoria. He opened his second namesake studio in August, in the West Loop. Lagrange lives in a River North loft with his companion of six years and has two grown children.

What are you working on now?
In January, the Winnetka Village Council approved our plans for the Winn, a five-story luxury housing development in the downtown area.

Ever heard of the word “retire”?
I don’t call this working. To me, it’s exciting.

Your accent tells us you aren’t from around here.
I was born in September 1940 in a suburb outside Paris, two months after the Germans invaded.

What was that like?
I remember the Allies flying over with 100, 150 planes. The noise was deafening, and our house would vibrate. We were afraid it would fall on us. And if we were caught outside at night, the Germans would have shot us. My father risked his life getting a midwife for my mother when I was born.

Were you well-off?
People think I have an aristocratic background, but I have supported myself since I was 18. We had a tough life. We were often hungry, but there was a richness in the four of us (his brother and parents), a closeness.

What surprises people about you?
I never finished high school. I quit to help support my family, but I got into engineering school and then the school of architecture at (top-ranked) McGill University in Montreal.

How did you manage that?
After I took some extra courses to gain credits I had the opportunity to meet the dean of the engineering school at Sherbrooke University (in Quebec), and he agreed to admit me, though he had doubts I could make it. I did very well and then was accepted to McGill.

What do you splurge on?
Clothes and shoes. But what I really like is the material, not the style. I always have to feel the quality of the material or the leather.

An architect you admire?
August Perret (early 20th century). In one of his apartments, you feel different. You can feel the comfort, especially the windows. They are in the right proportion so light comes in, but you still have a wall around them. You feel a sense of protection.

Read a good book lately?
“Les Parisiennes” by Anne Sebba. She describes what life was really like for French women during the occupation. It was very easy for people to blame women for what they did to survive, such as sleeping with the Germans, but you need food to feed your children.

A weekend highlight?
At least once a month we have friends over and I cook. My favorite dish is cassoulet. I prefer bistro food, not fancy dishes. And I always drink Cotes du Rhone.

Your best investment?
I’m not very good with money, but long ago I bought some Apple stock at $95 a share. It split twice, and now it’s the equivalent of about $528. I still have it. 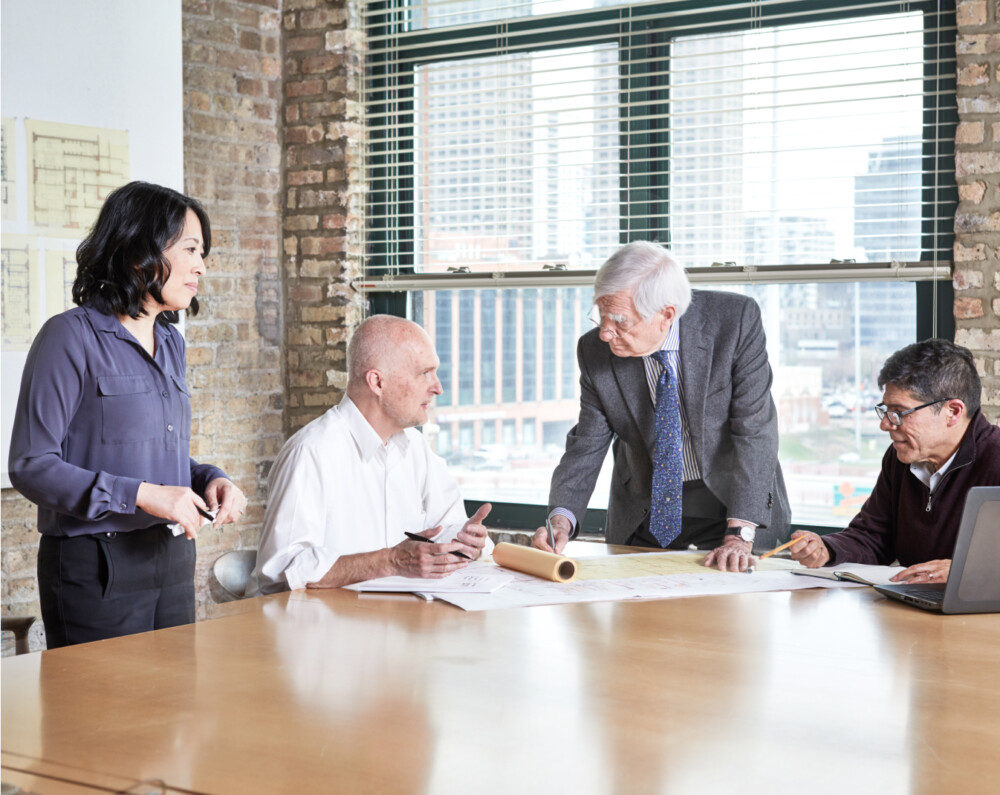